Rice Consulting Services specializes in software testing training, software testing consulting, and independent testing. We equip you to test your systems better and faster so you can focus on your business instead of technology problems.

With over 30 years experience in building and testing IT systems, we can bring the expertise you need to be successful in meeting your business goals and increasing profits. 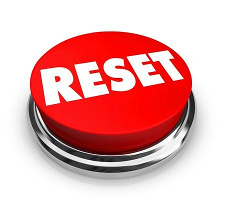 As I wrote in the previous articles, much of what we consider to be credible is based in trust. When credibility is lost, it often goes back to a loss of trust and reliability in a person or their position.

I also observed that credibility takes years to build, but can be lost in a few moments.

The really difficult question is "Once credibility is lost, how can it be restored?" In a recent class, one of the participants shared that in relationship counseling, the guideline is that it often requires a seven times multiplier to rebuild something like lost trust. So, if you do something that causes someone else to lose trust in you, and your actions spanned a year's time, it may take over seven years for trust to be restored.

I'm no family counselor, so I can't speak to this metric. However, I can say that the time to rebuild will be a multiple of the time it takes to lose it.

If you are in a situation where you have lost credibility, then you need to give yourself time to rebuild. Keep your expectations realistic that it will not be overnight. However, I have seen credibility restored in a matter of weeks in some cases.

Here are some practical ways to rebuild your credibility:

1) Admit the mistake that caused the loss of credibility.

This may be the most difficult thing to do, but also the most beneficial. Most people understand that people make mistakes and are willing to extend some grace. The key issue is whether the mistake was an honest one where you did your best, but still was wrong - or, if the mistake was an intentional embellishment or outright lie with the intent to deceive. If the latter is true in your case, then people may or may not be willing to forgive, at least in the short term.

This admission doesn't have to be broadcast to the entire organization. In fact, these kind of discussions are often most effective in one-on-one conversations.

2) Understand how the mistake was made and what you can do differently.

This is needful for your own learning and growth, and also goes far in explaining to others not only that you made a mistake, but how it was made.

3) Commit to doing things differently that will prevent a similar lapse in the future.

This is an intentional act that shows a firm resolution to "never let that happen again."

4) Give it time and just be diligent and trustworthy in what you do.

Once again, credibility is based on trust established over a period of time. You cannot control what people think of you and when they will start to trust you again. This is a healing process in many ways and will heal over time if people are able to perceive trustworthiness in you.

5) Find a mentor to help guide you in the process.

Sometimes you just need wisdom and objectivity from someone else.

I have saved the toughest question until the end. "What if I have given it a year or more and people still don't find me to credible?"

If you have tried everything you know to do to restore faith and have given it extended time, and yet people still do not find you credible, then you may need to carefully consider a change of role or organization. This situation may be a sign of a negative or blaming culture, so nothing you do will erase people's negative perceptions. This is a tough decision and one not to be taken lightly.

If you are reading this because you are in the process of rebuilding your credibility, then I encourage you to not give up hope. Keep the lines of communication open with your co-workers and learn from your past experiences. Hopefully, before too long you may be the trusted mentor to someone else who is trying to rebuild their credibility.